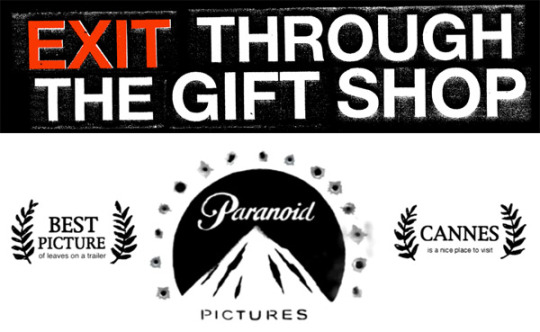 Exit Through The Gift Shop was released during the Sundance Film Festival in Park City, Utah. Attendees were curious to see what Banksy had in store, as the film presented by his camp could not be found in the festival’s programming.

The only clues to Banksy’s participation in the film festival were the stencils that popped up on some of the buildings around the city.

In true Banksy fashion the affair was wrapped up in mystery, as the documentary directed by the Scarlet Pimpernel of street art, using film footage Mr. Brainwash had accumulated in the ten years he followed a number of street artists with his camera during it’s rebirth, was unveiled for the first time to the public eye.

The documentary was a huge hit among Sundance attendees, you can read more about the event on The Guardian.