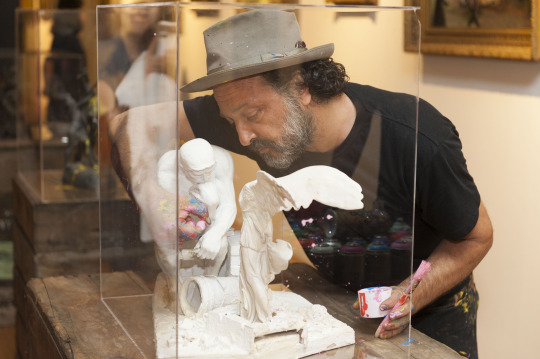 He opened his first exhibition in South Korea at The ARA Modern Art Museum in Insa-dong in Seoul.

Some of the highlights include a massive 15ft tall wooden AT-AT from the Star Wars movie franchise, a room full of hanging vintage cameras, and a white room splashed with pink paint. 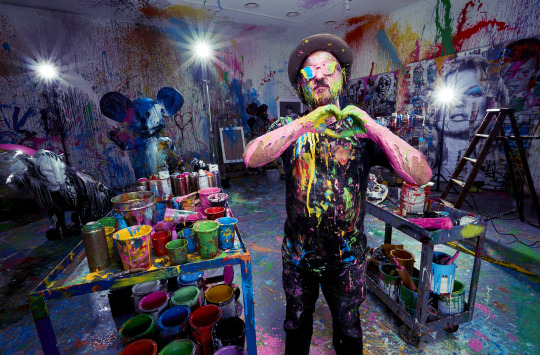 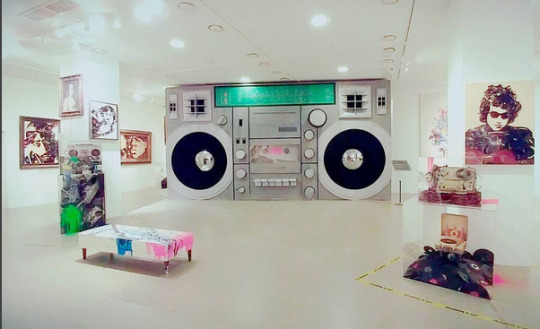 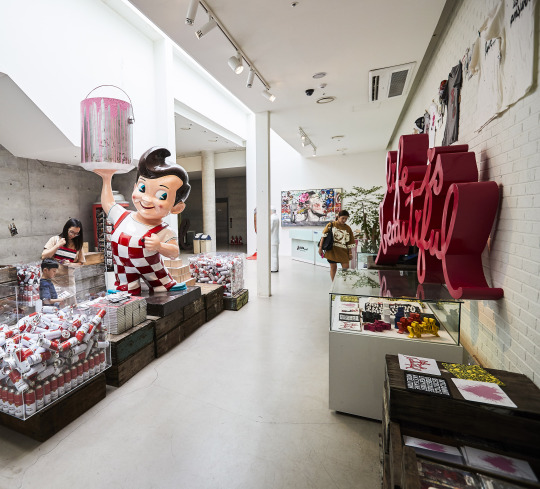 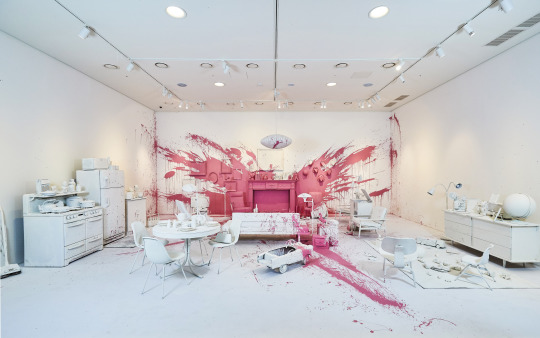 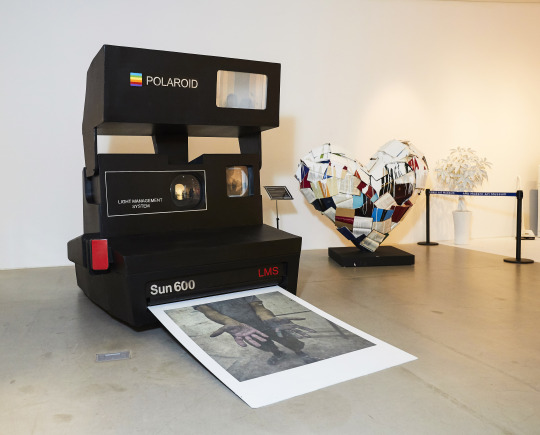 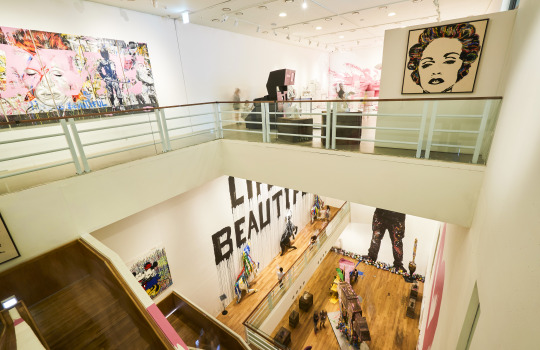 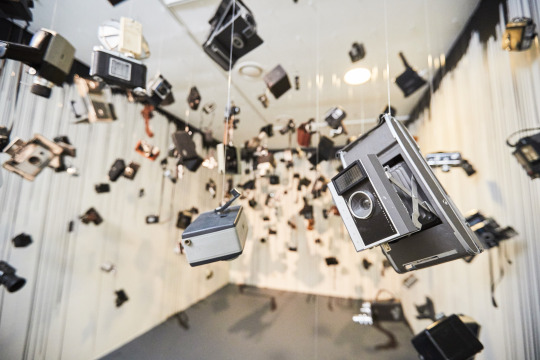 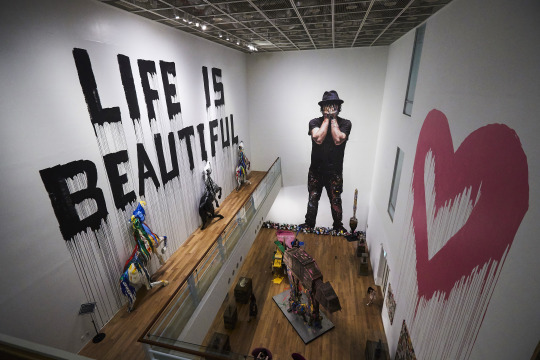