Mr Brainwash took to the streets of Art Basel: Miami Beach and graced the Scope Pavilion with his rendition of newly-elected President Barack Obama, commemorating the historic event as this country seated its first African-American chief of state!

Alongside the image of President Obama in Superman’s suit with the American flag behind him were the words which briefly described the Civil Rights Movement that began in the United States during the 60s: “Rosa Parks sat, so that Martin Luther King could walk. Martin Luther King walked, so that Barack Obama could run. Obama ran, so we could fly.” 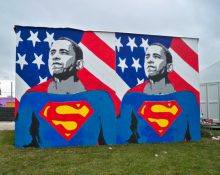 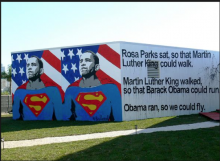 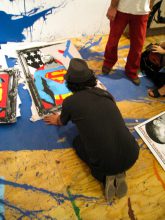 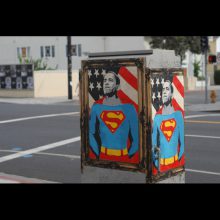